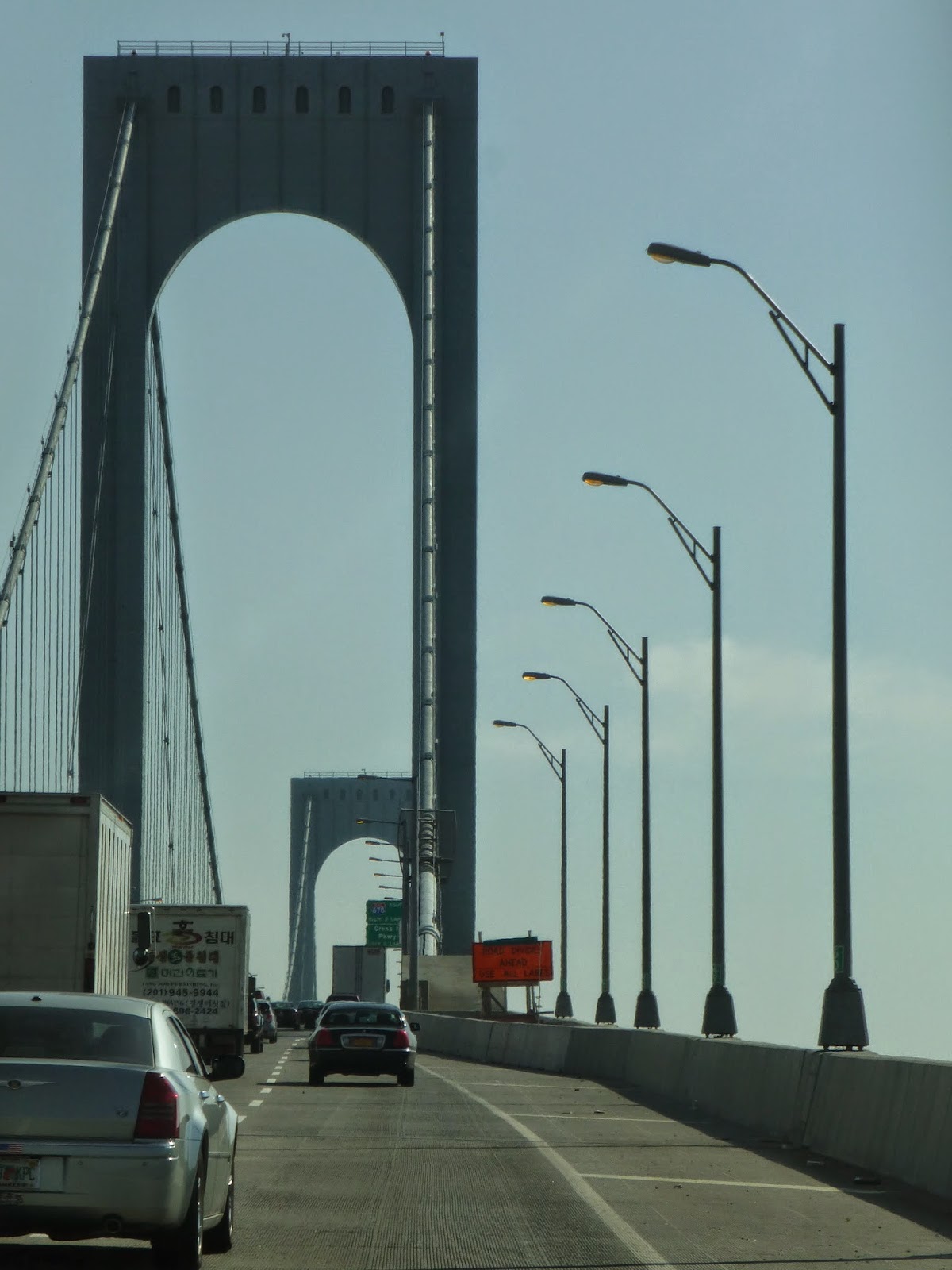 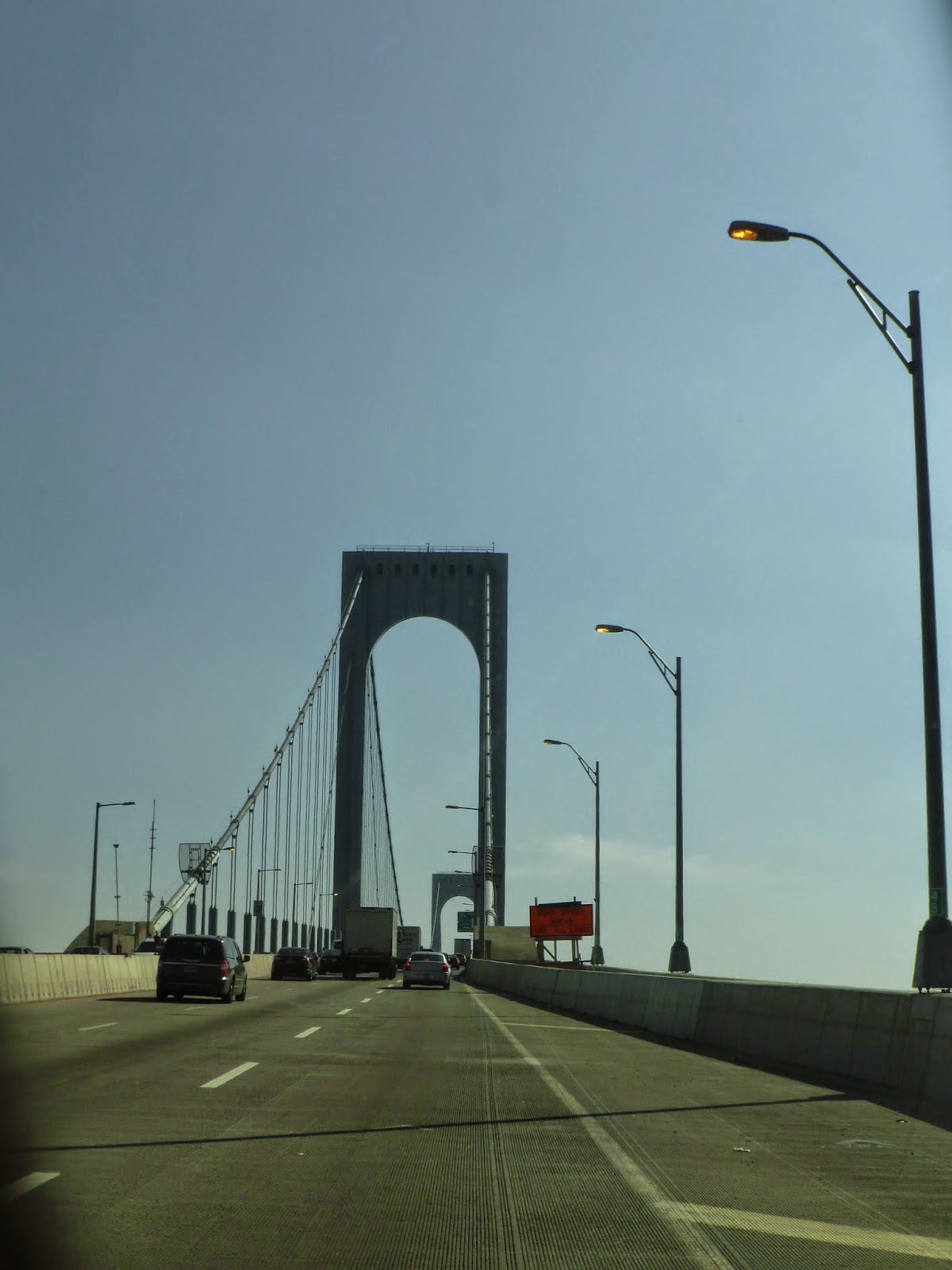 Last week we visited our software developer son in the New York City borough of Brooklyn, and as we traversed the crowded expressways and crossings of our travels. So for this week's Shadow Shot Sunday 2, I requested that the lovely passenger Patti take pics of a subject I really like, the majestic and massive Bronx-Whitestone Bridge, crossing the East River to Queens. Opened in 1939, the towers rise to a height of 377 ft (115 M) above the water, which gives it a soaring appearance. Subtle shadows abound, primarily along the barrier to the right, the light stanchions and from the vehicles of many aggressive NYC drivers. That's why Patti takes the pictures as I navigate the byways :)
Posted by Ralph at 21:30 4 comments:

A gull appears to float on the thermal currents. This is a photo that was taken in March, 1986, and the print has held up well over the decades. It seems that no effort at all is being made by the bird floats over New Haven (CT) Harbor. Not too much action from the other four either...see WW and WW 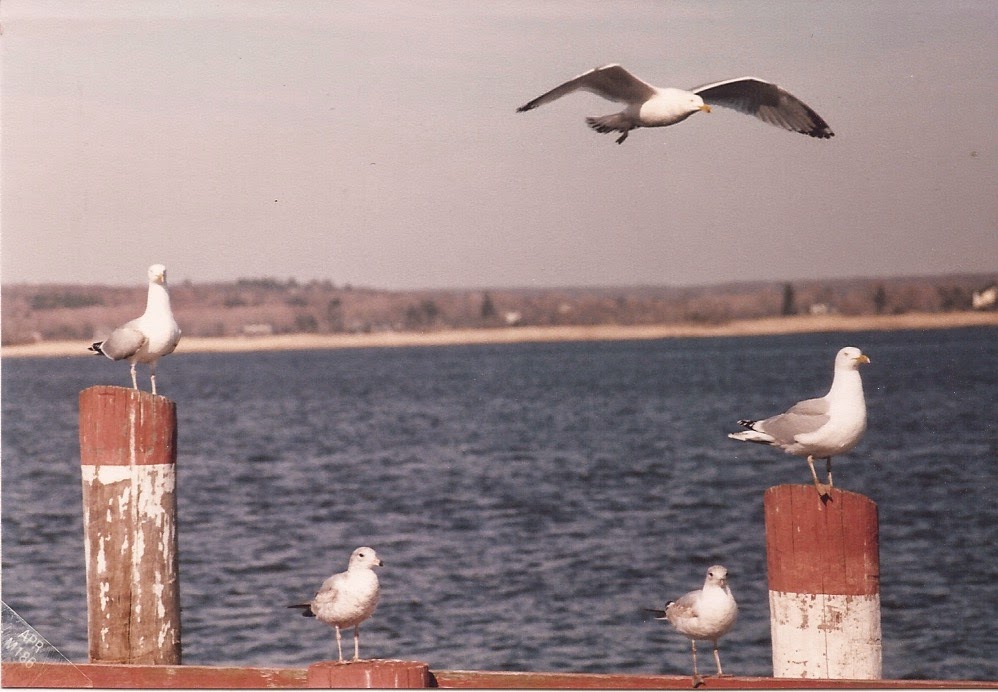 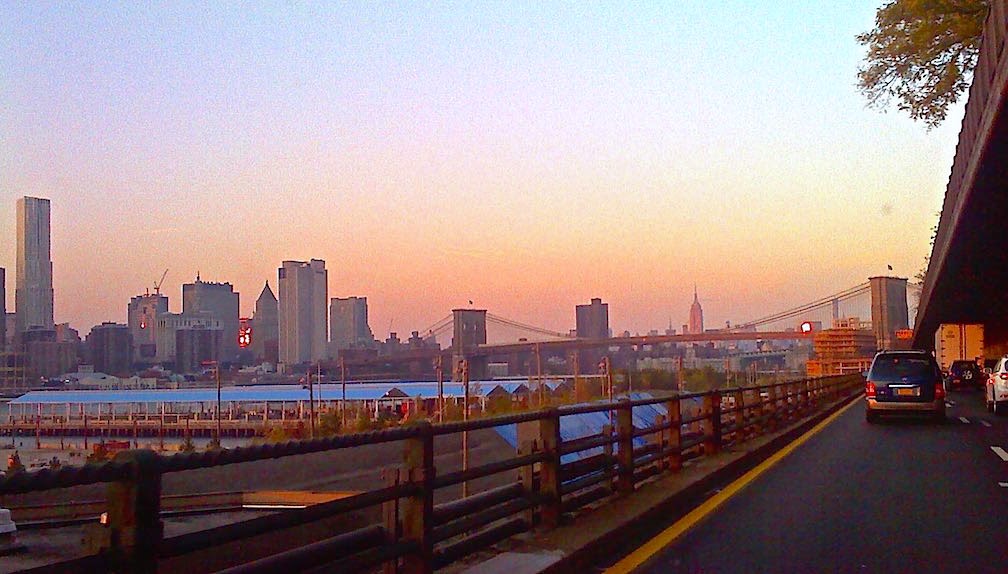 Toby most graciously hosts the architectural meme Whimsical Windows/Delirious Doors. We visited our son in New York's Kings County yesterday, and the software developer scion really likes urban living in the borough of Brooklyn. After lunch, we headed back to CT, and passenger Patti used her phone to capture this view of Manhattan and the iconic Brooklyn Bridge, This was taken from a northbound lane of the Brooklyn-Queens Expressway. The soft pastel sunset falls gracefully over the skyline of the city, a soft look that mutes the mighty city...
Posted by Ralph at 20:15 2 comments:

We are at last Saturday’s 6th Annual 5K Walk/Run to for the Center for Cancer Care at Griffin Hospital. Survivor spouse Patti’s team included an adorable family ready for walk to begin...see WW and WW 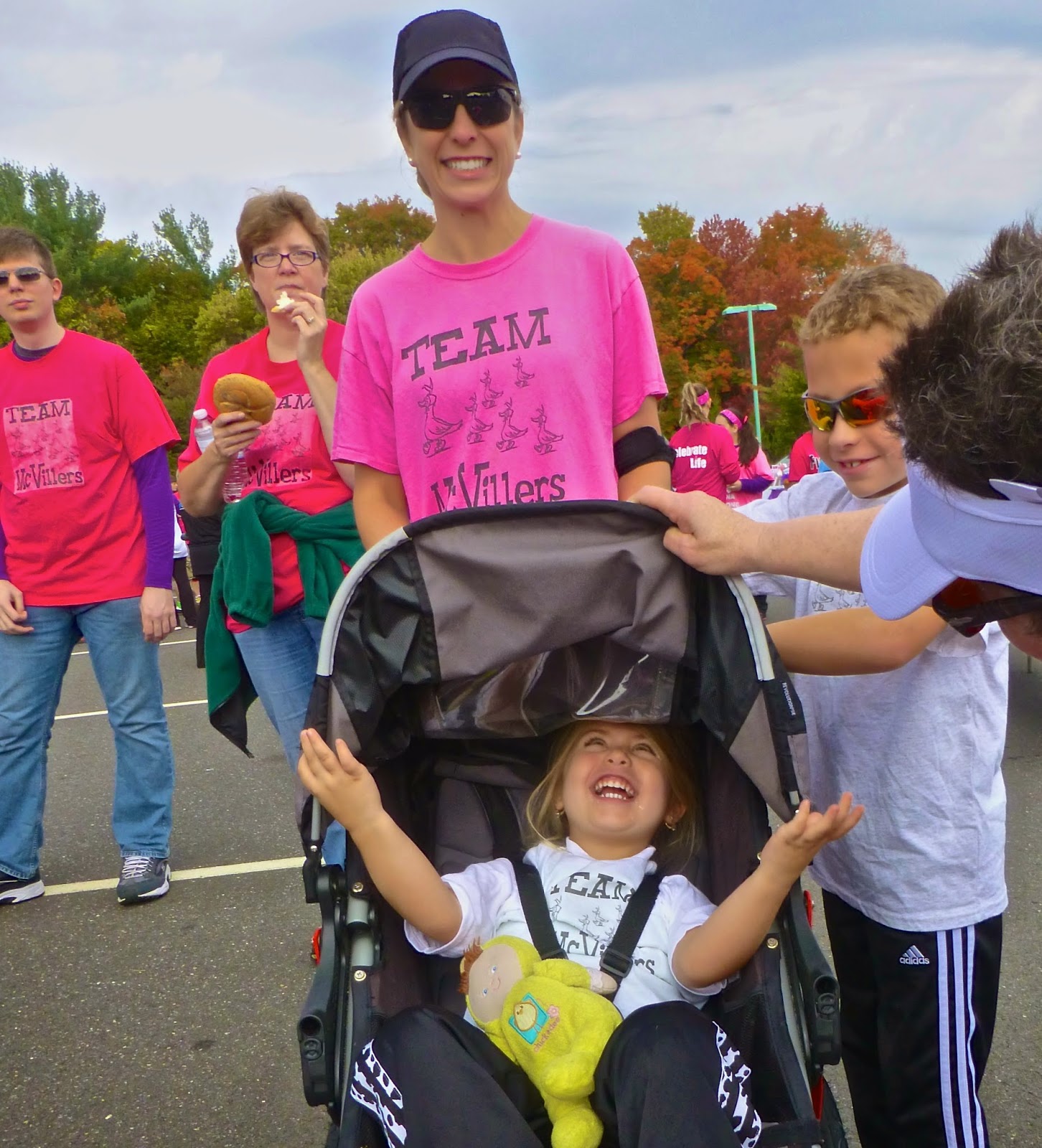 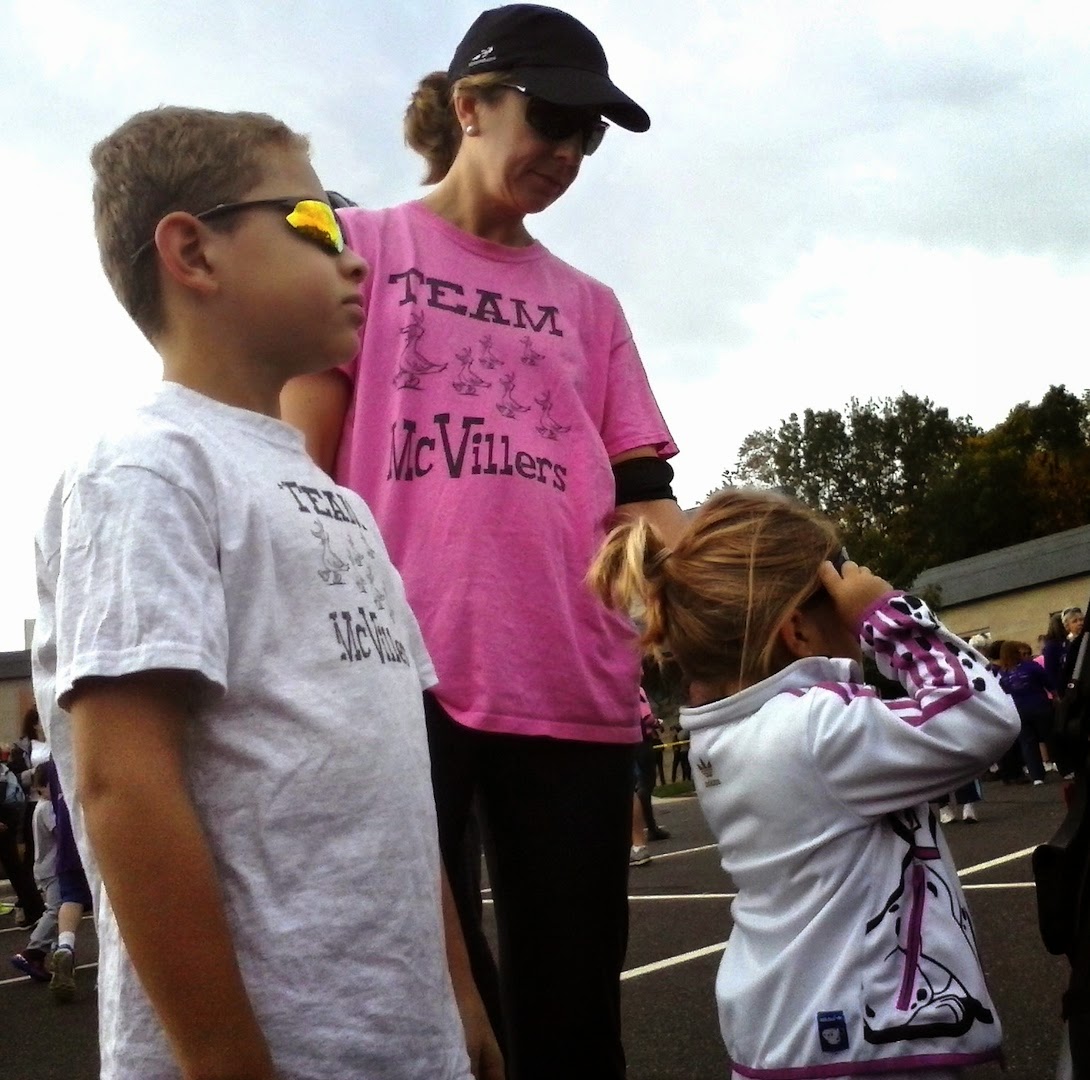 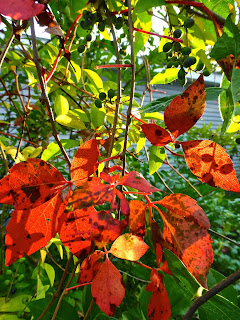 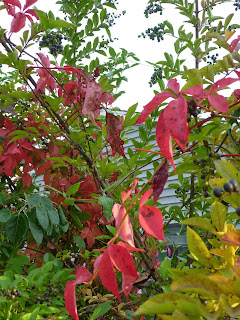 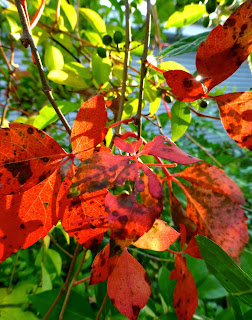 Red is one of the predominately Fall colors that indicate that colder days are soon to be upon us with leafless trees to look upon. So for Ruby Tuesday Too, we look at our side yard and see fiery red leaves - not on a grand maple or oak tree, but some weedy tree providing seriously ruby red leaves. Generally, I would like these weeds cleared out, but will be happy to wait until Spring...
Posted by Ralph at 07:00 3 comments: 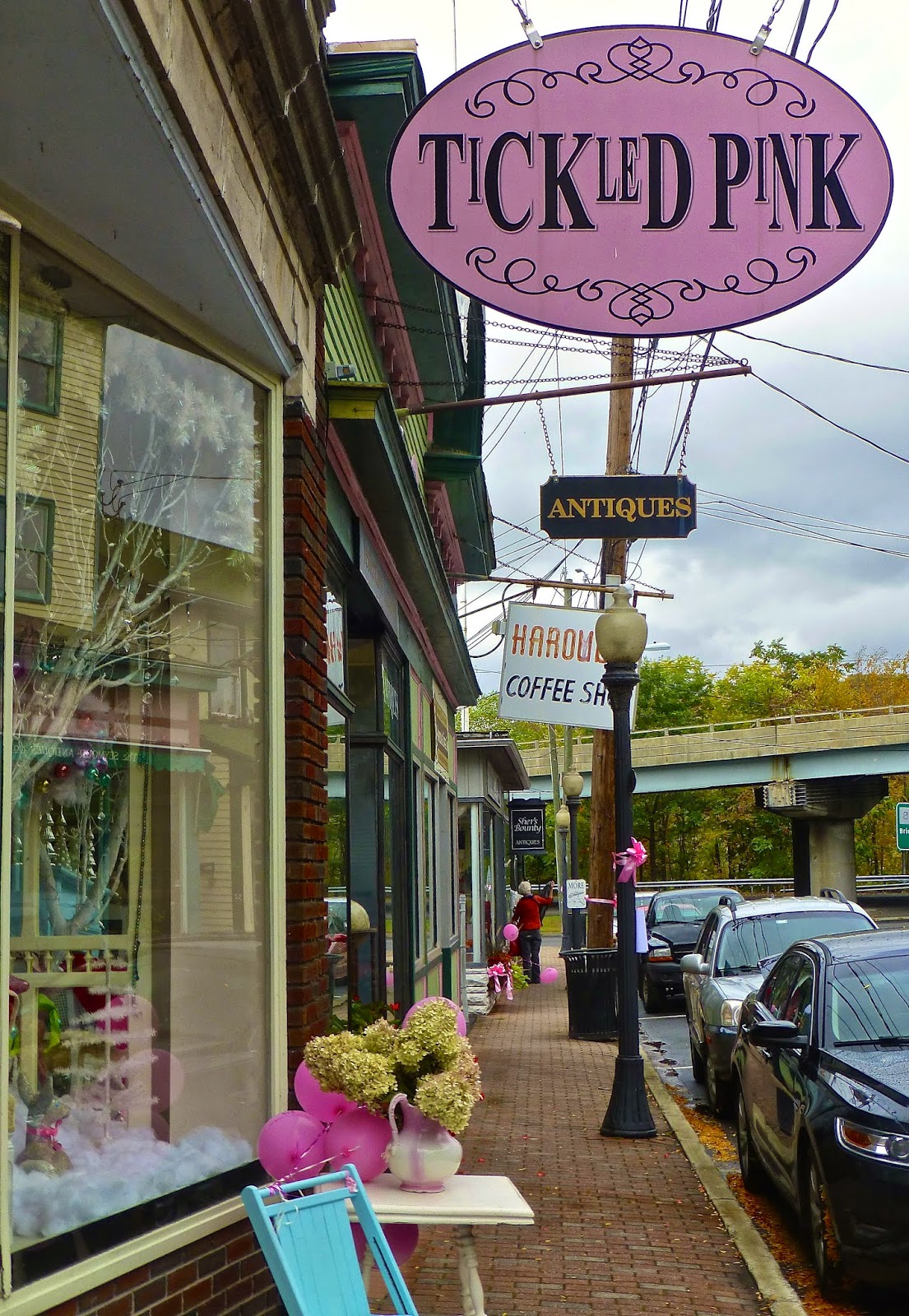 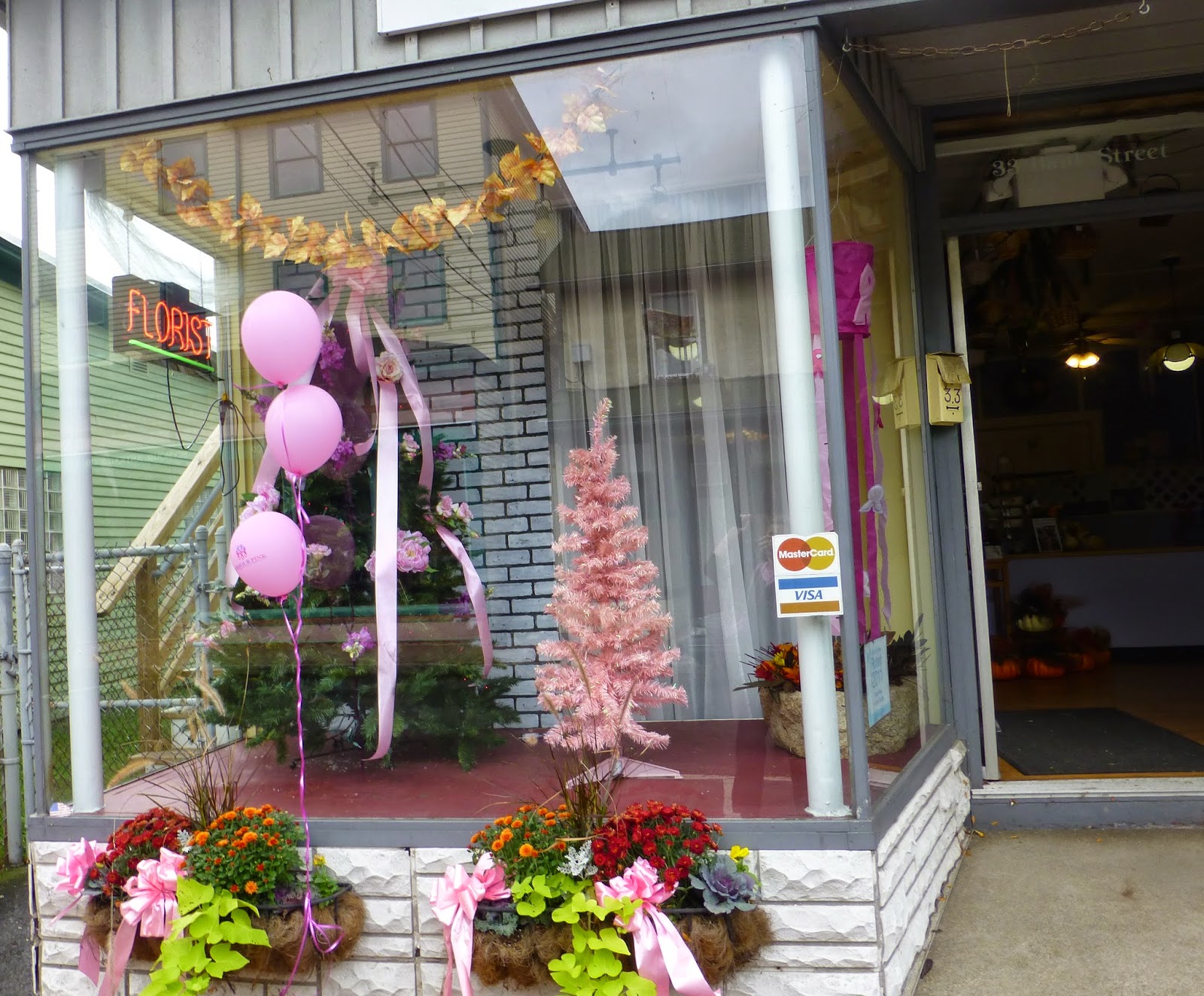 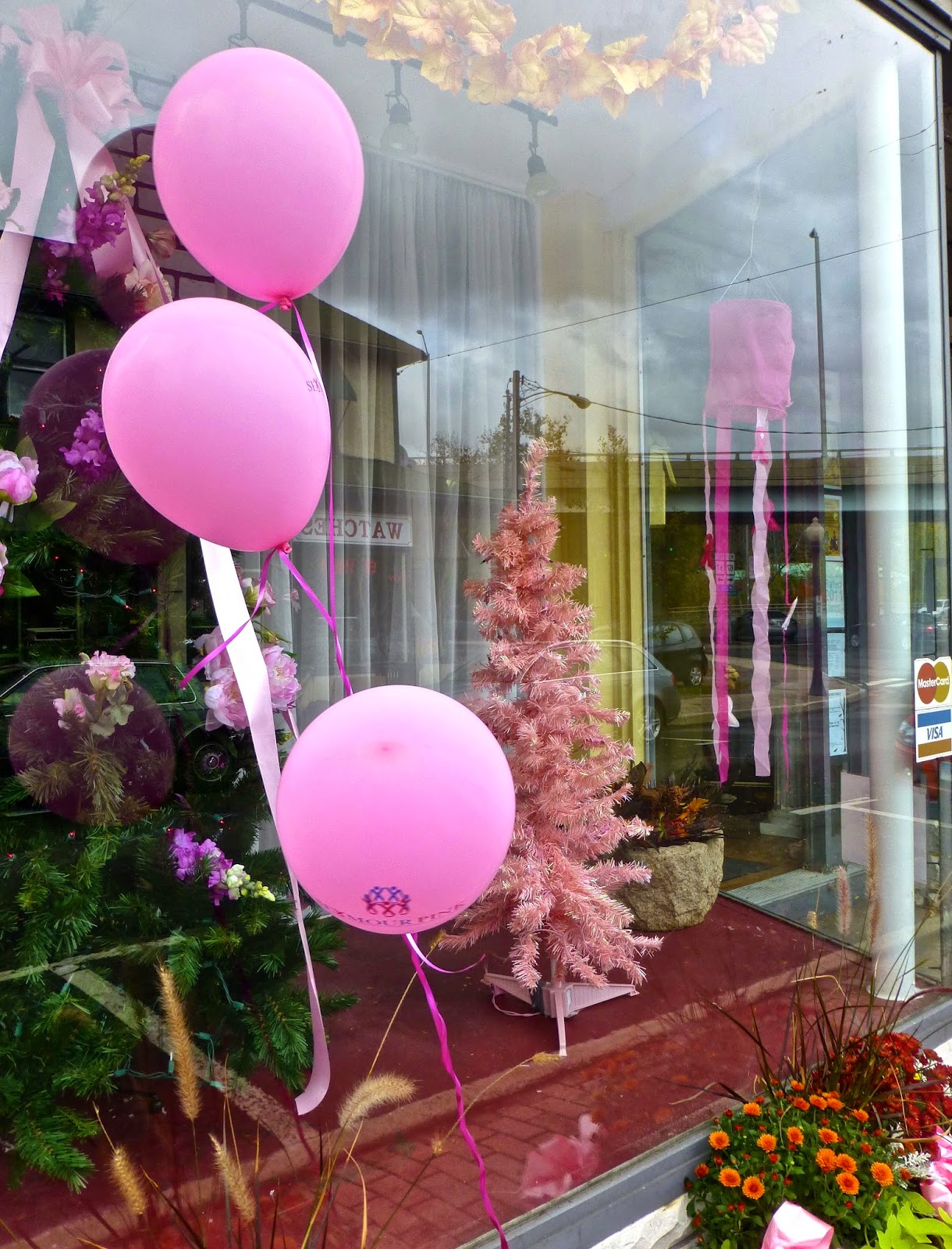 The color pink is in the air in Seymour Connecticut, and their downtown windows contain plenty of that pastel and make a fine subject for Toby's meme Whimsical Windows/Delirious Doors. The color was showcased on Wednesday as small town Seymour celebrated the annual Pink Day. Seymour Pink was founded in 2009 as a fundraising effort in fighting against breast cancer. And on a personal note, the organization has been a tremendous help to Patti during and after she was dealing with it herself in 2011. Pink is a great color, the windows not so much delirious as delightful!
Posted by Ralph at 16:00 3 comments: 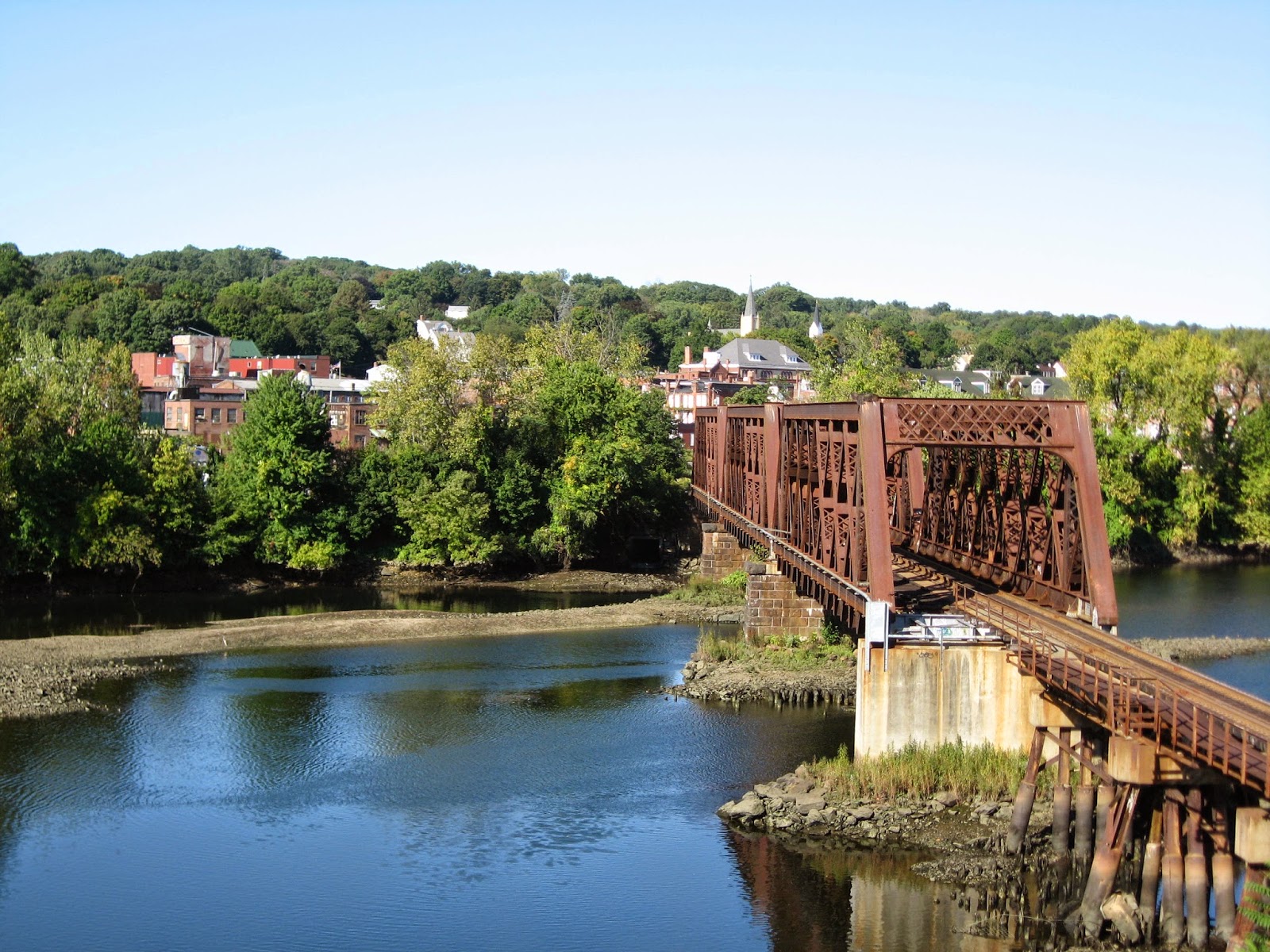 For Shadow Shot Sunday 2 we are looking at an old train trestle that spans the Housatonic River between the old downtowns of Derby and Shelton CCT. The lovely Patti (who is taller than me :) captured this iron bridge on an August day from the footbridge along the Derby Greenway. The trains rarely cross these days, so its usefulness is better as classical industrial design that allows for shadowy art...
Posted by Ralph at 10:00 7 comments: 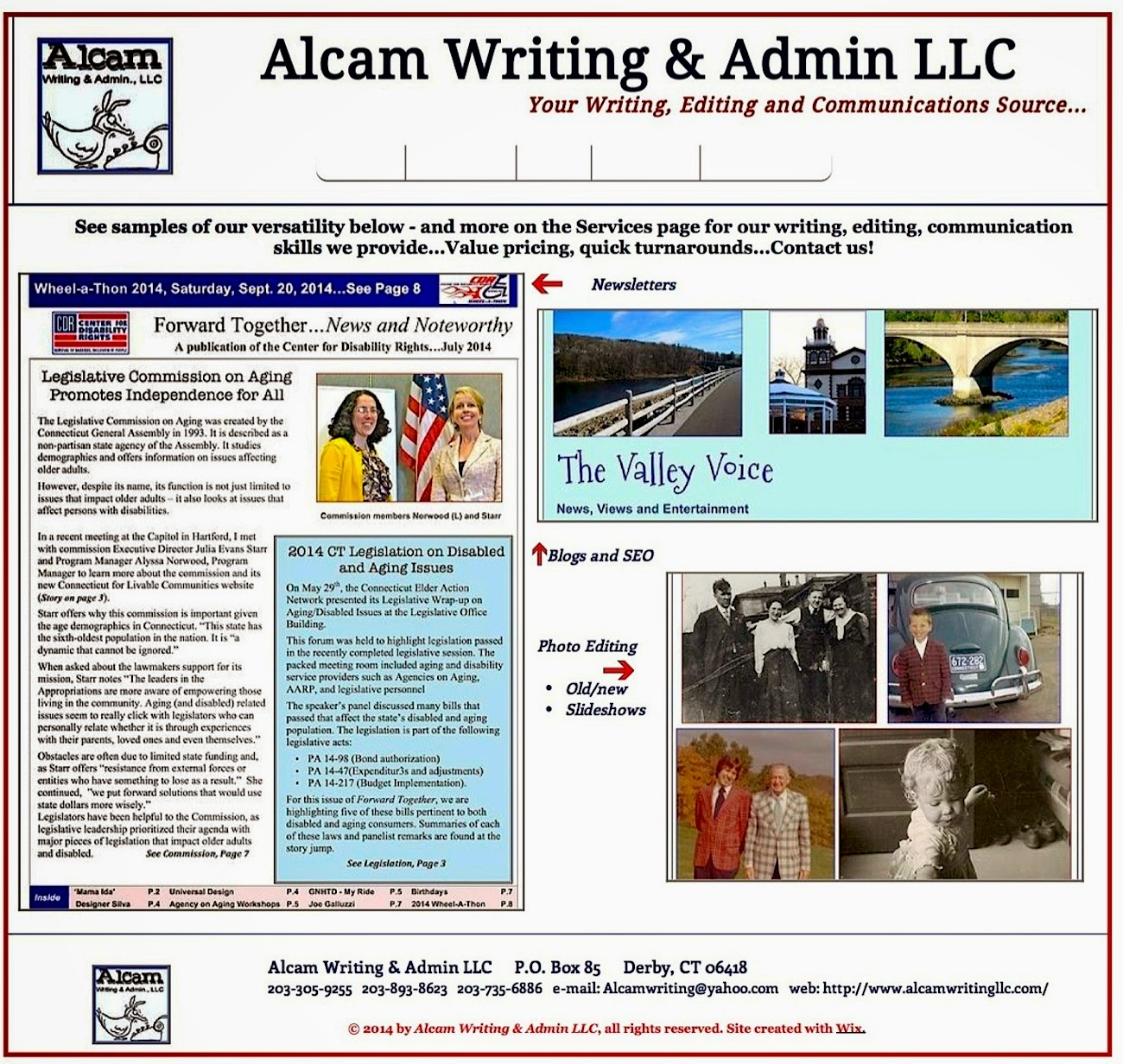 It's not we expect a windfall from the mere presence a web site that needs to be promoted, but really a concession that should we want business, we have to do the promoting of our Alcam LLC ourselves.

Side jobs for writing, editing/layout, administrative and photo scanning (and not limited to just those) are appreciated, and like any business - we are repeatedly one customer short. All the time...

The site looks fine says I, with an obvious bias. So - please take a look and let us know what you think!

Wordless Wednesday - Too much tech?

My lovely spouse Patti's home office is full of the modern technology that one needs to do business these days. Alas, one cannot fully escape the world of work with all these 24-7 devices staring at us - incessantly...see WW and WW 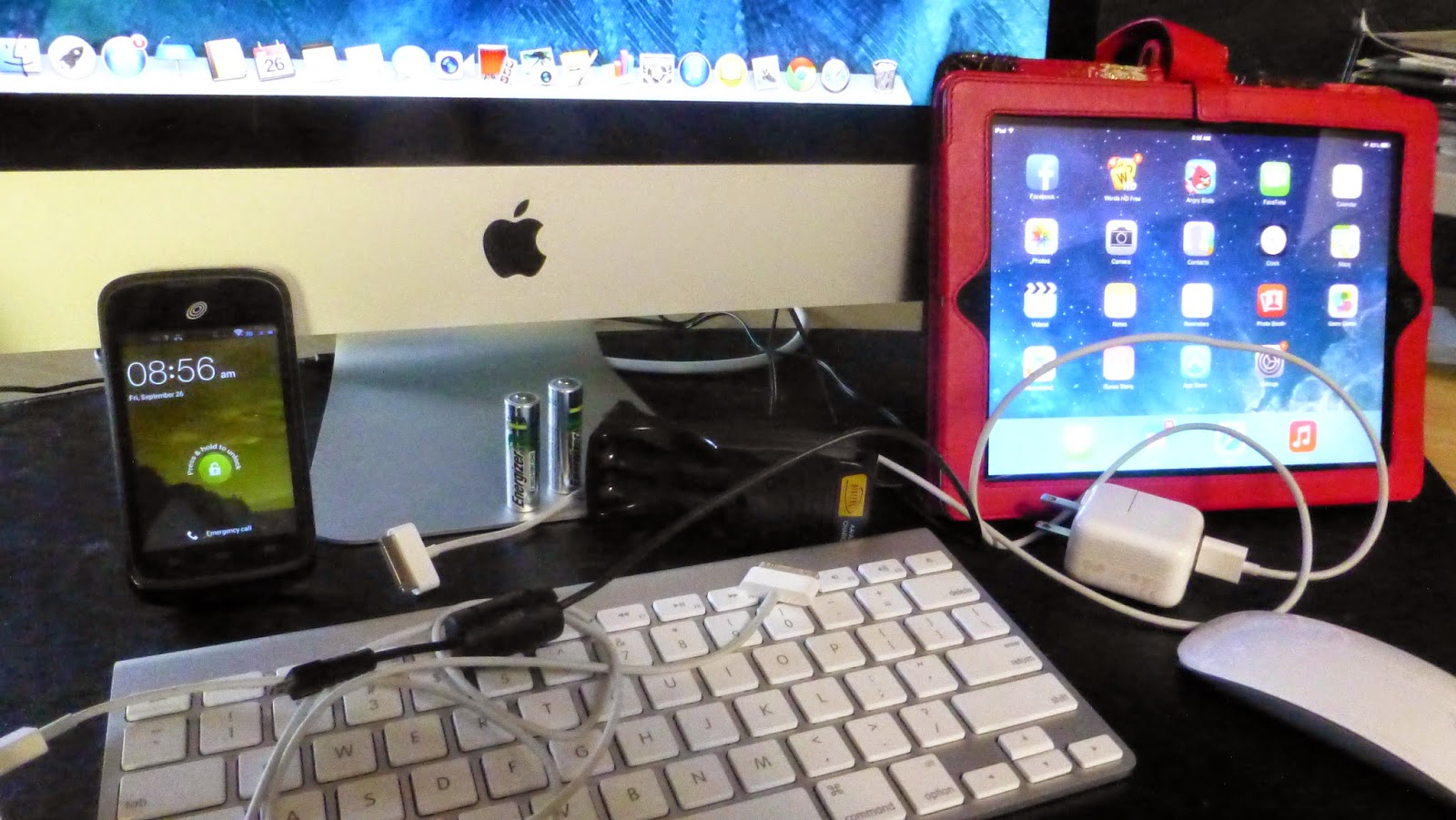 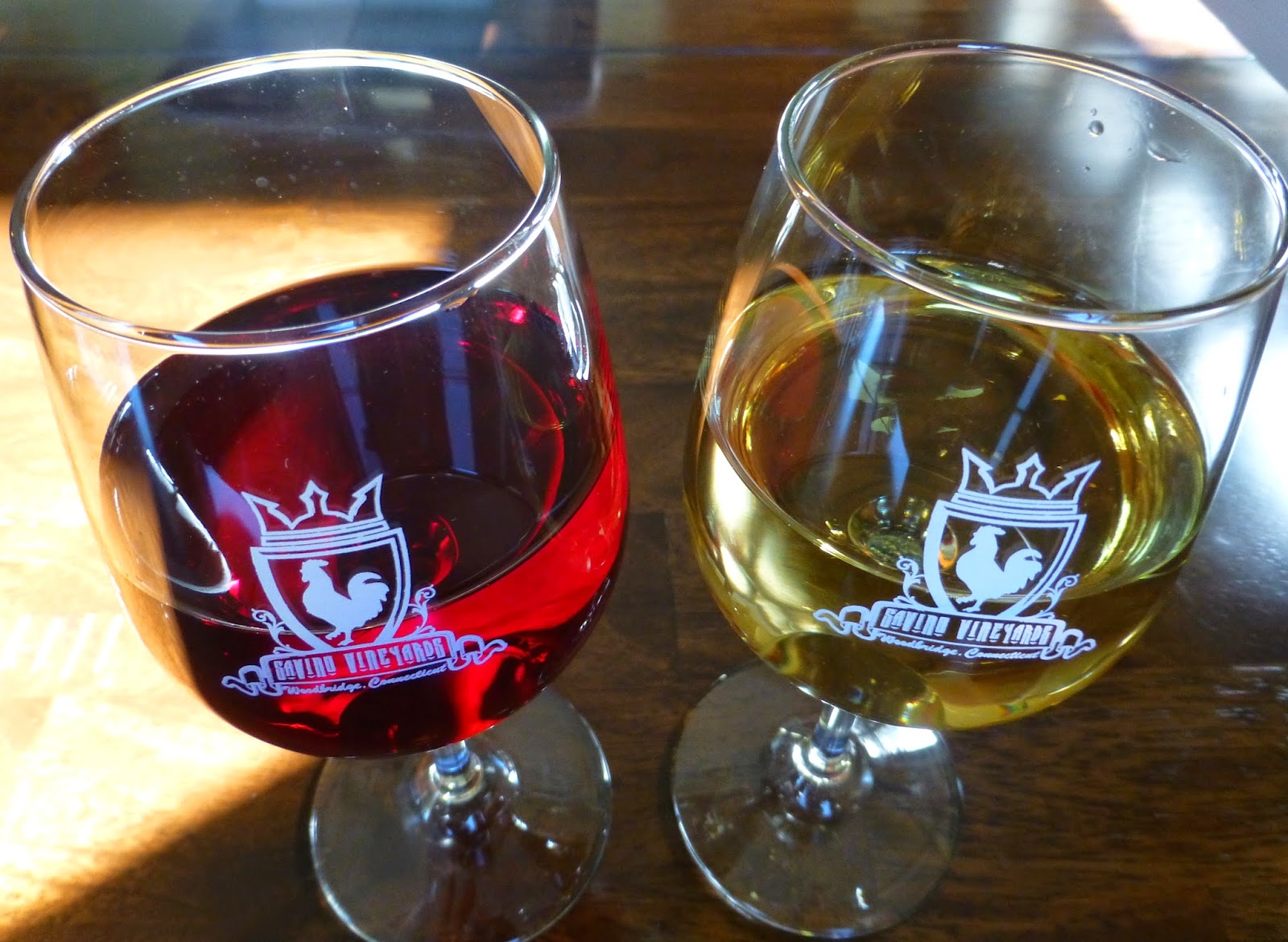 Ruby Tuesday Too appears mere hours from whwn Patti and I visited a small winery that is only 2.1 miles from our home - Sevino Vineyards in Woodbridge Connecticut. Being so close, Patti and I have finally paid the small winery and tasting room, and found a ruby that should work well - a 2013 Cabernet Franc (Patti's choice, I had the Bianco di Casa). So it was a nice autumnal day amidst the vines and changing foliage - with a ruby red meme subject as well...
Posted by Ralph at 07:00 1 comment: 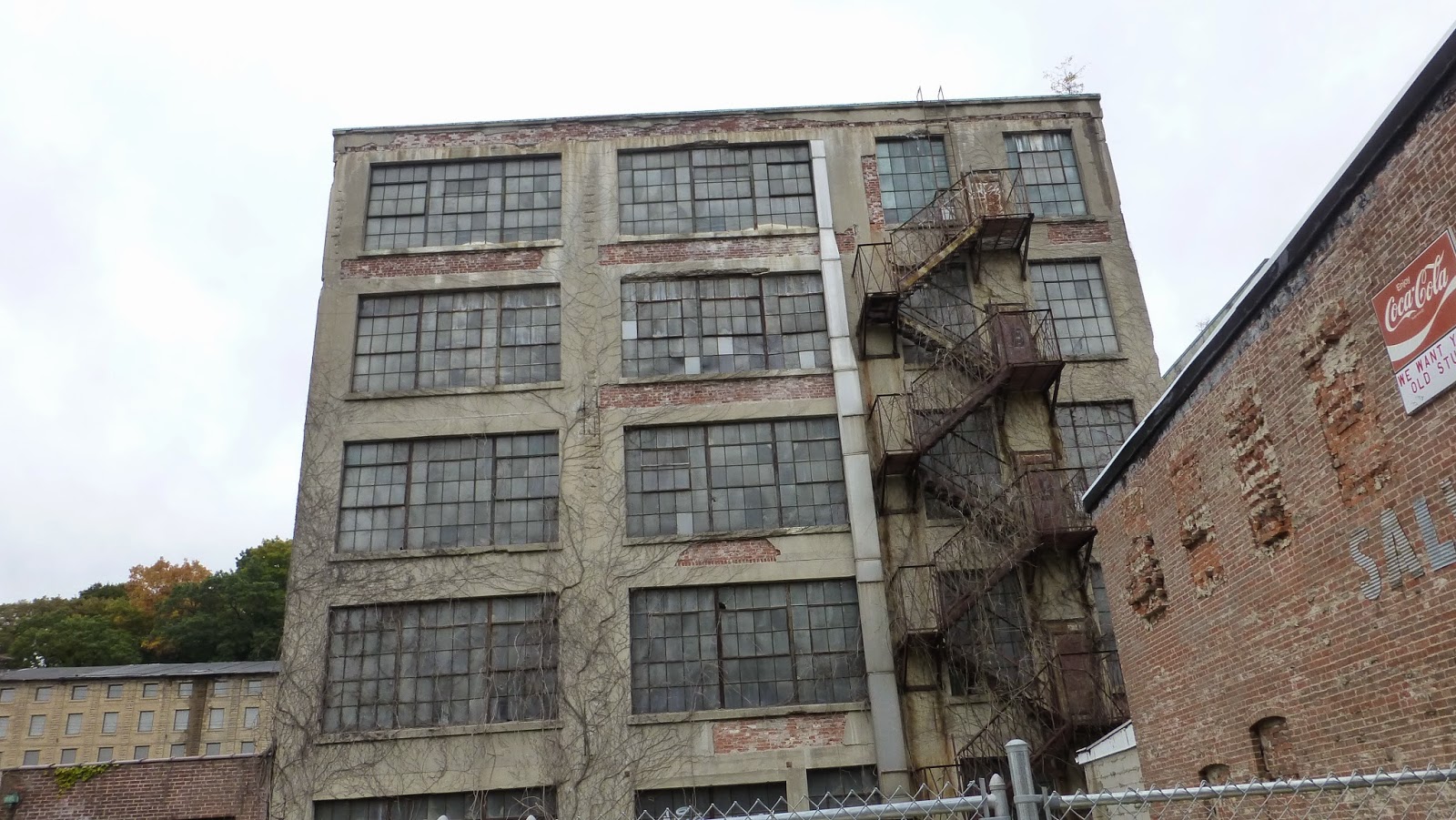 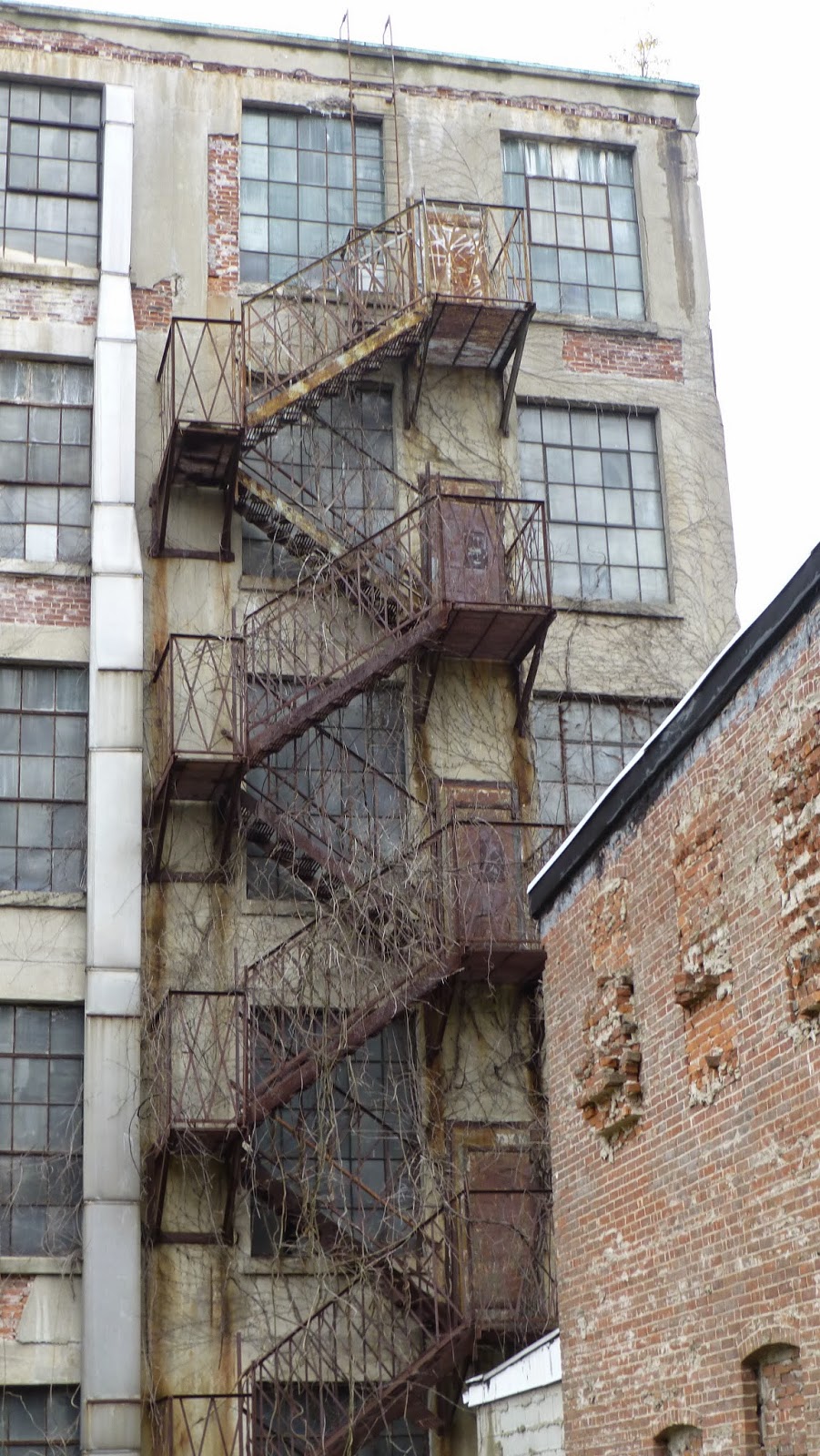 Toby hosts the architectural meme Whimsical Windows/Delirious Doors. My subject today is the old Farrel Corporation Process Lab building in our domicile of Ansonia CT. This is the back, taken from Main Street. I am taken by the large windows and vines growing on the fire escape.

I like the style of the unused factory, and see many possibilities for. A developer has purchased this building with an eye toward redeveloping into lofts with nearly ceiling to floor lofts and retail. Being such a sold building, we taxpayers hope for its reuse...
Posted by Ralph at 17:45 1 comment: 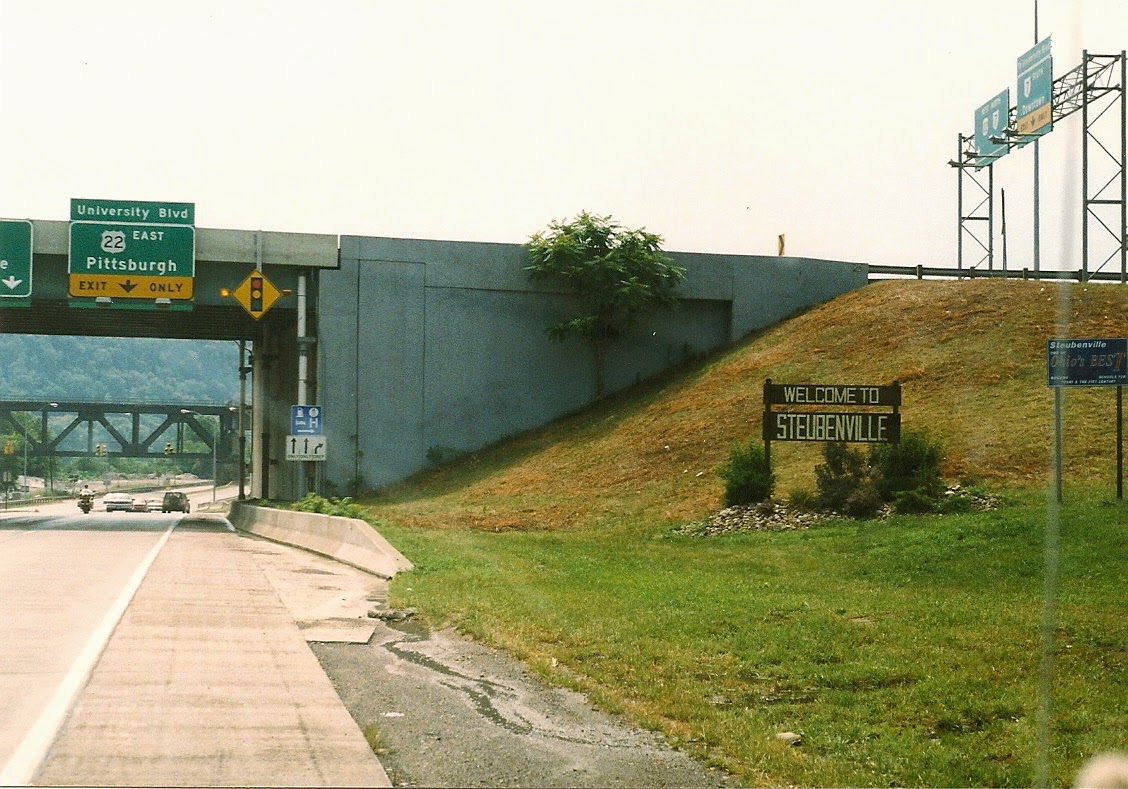 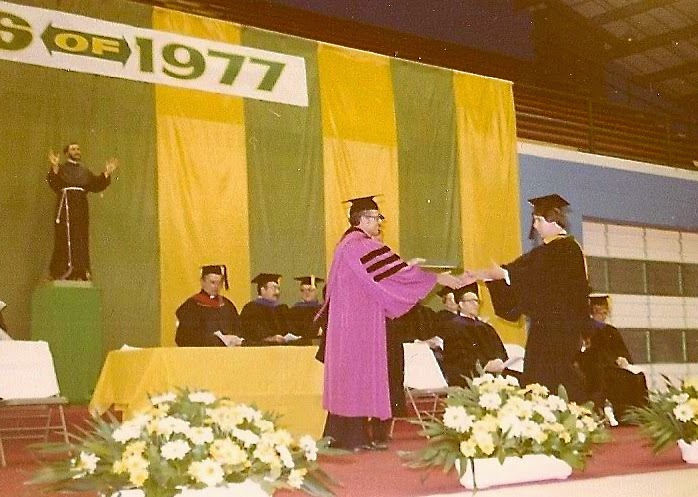 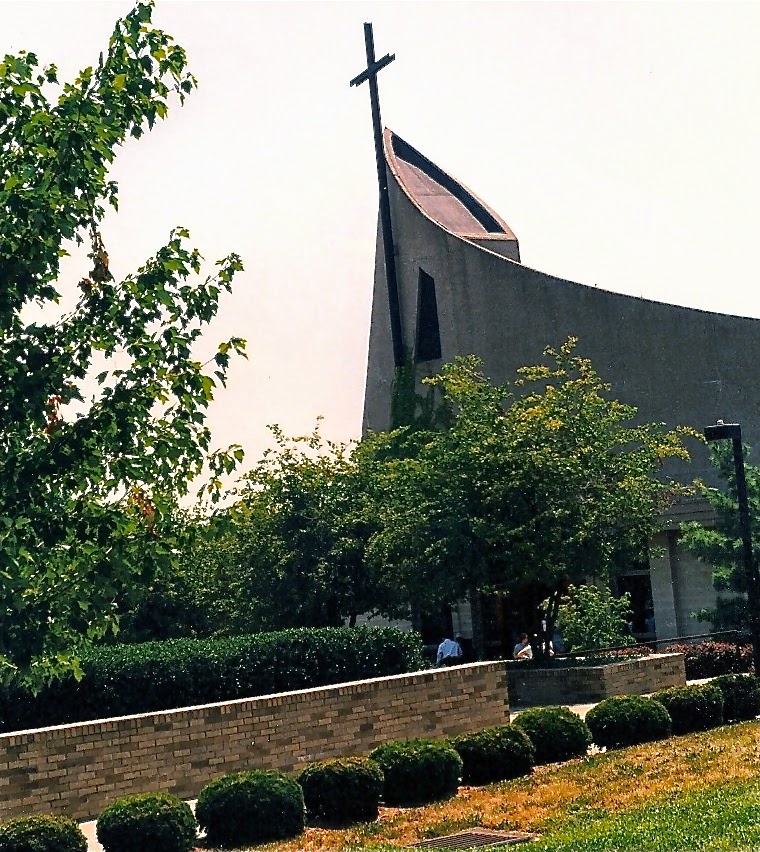 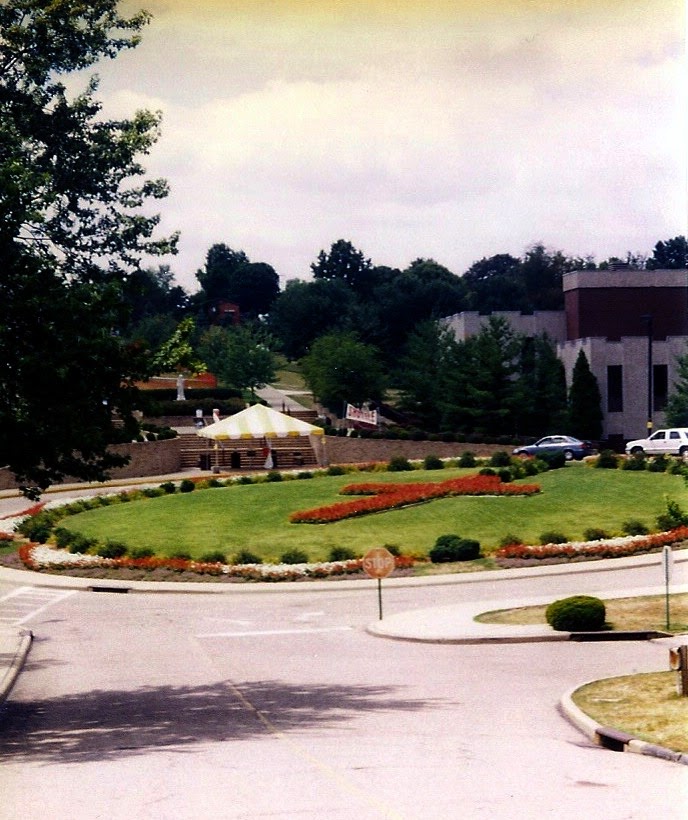 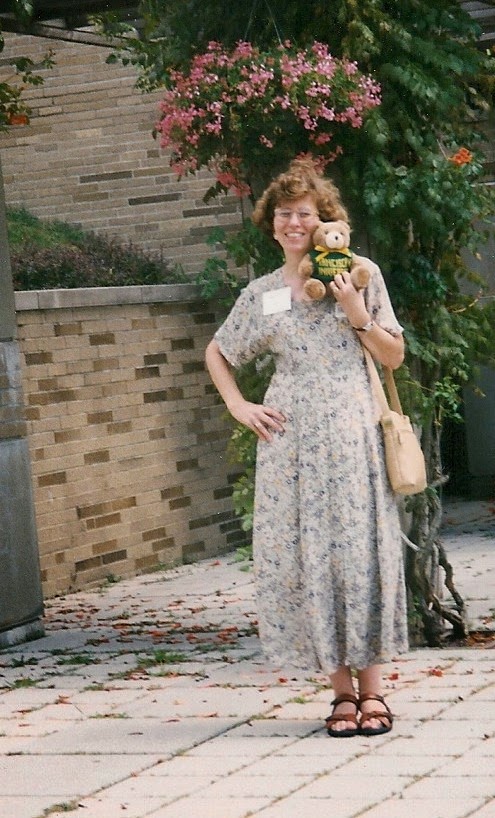 For Shadow Shot Sunday 2, I again look at decades past and places with a hint of shadow - and memories.

I have been looking at many a digitized print that take me to my alma mater Franciscan University in Ohio.I haven't been there in 15 years (and Patti is still amazed that she agreed to take that 1999 drive with me to that mythical place called Steubenville :)

Recently, I was contacted by a classmate who also graduated with me back then - and this prompted me to peruse tho my photo archives from back in the day. At the top, I receive my diploma; in 1999, the campus here prompting shadowy memories then - and now...

Pink arches brighten up the rainy day 5K - at Pounding the Pavement for Pink last Saturday. My spectacular survivor spouse Patti and her support group team were part of that sea of pink - from start to finish...
see WW and WW 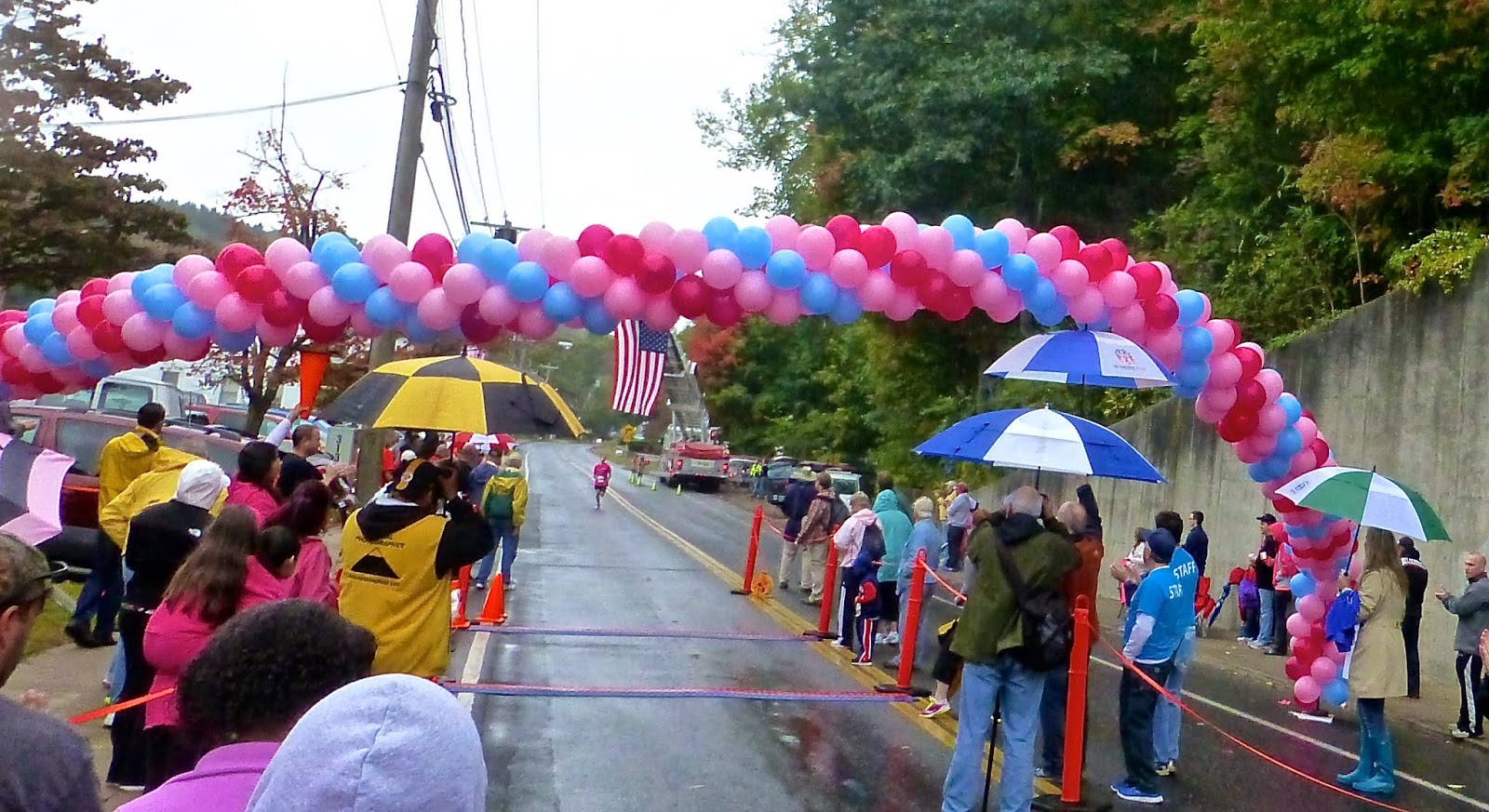 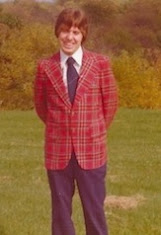 Ours: Alcam Writing and Admin LLC 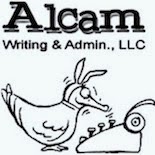 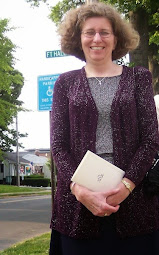 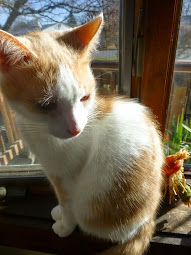 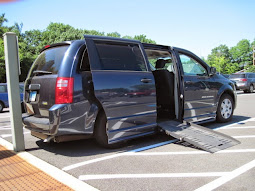